Foreign visitors, who hold passports issued by the countries on the 72-hour Visa-free Transit Policy List and stay in Beijing for transit for up to 72 hours, could apply for a visa-free transit stay in China at the immigration inspection authority at Beijing Capital International Airport. This policy is only applicable for foreign visitors who enter into, stay in and leave from Beijing.

According to the regulations of Ministry of Public Security of the People's Republic of China, foreign visitors who meet ALL the following requirements could apply for the visa-free transit:

72-hour Visa-free Transit Policy is valid for passport holders from the following countries:

--Pick up from Beijing Capital Airport and drive approx. one and half hour and get to the Mutianyu Greatwall, one of the most beautiful sections of the Great Wall around Beijing. The hike takes about 3 hours.

--Have lunch at the restaurant under  foot of the mountain

--After the Great that, head back to the downtown Beijing to visit Forbidden City( 2 hours). The Forbidden City is the Chinese imperial palace from the mid-Ming Dynasty to the end of the Qing Dynasty. For almost 500 years, it served as the seat-bed of the Emperors in Ming and Qing Dynasties as well as the ceremonial and political centre of Chinese government.

--Then move on to Tiananmen Square (40 minutes), the largest public square of this kind in the world. Located in the heart of Beijing City, it is the site for massive parades and rallies, which is the largest square of this kind in the world. This was the site when in 1949, from a rostrum on Tiananmen (the Gate of Heavenly Peace), Chairman Mao proclaimed the establishment of the People's Republic of China.

--Transferred back to Beijing Capital Airport for your next destination.

please contact one of our travel consultants for the most detailed quotation. We ensure the BEST price. 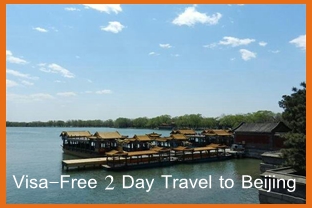 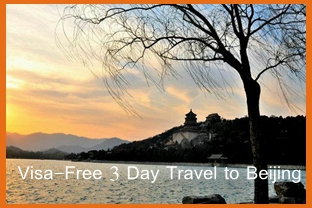 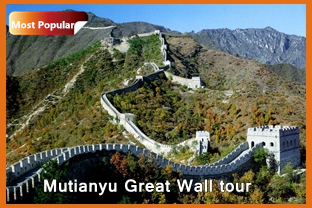 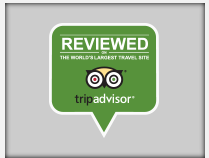